Charming Comacchio and the ancient tradition of marinated eel

Built on a lagoon on the Po delta, the small city of Comacchio makes for a perfect day trip from Ferrara and Ravenna, two of the most beautiful cities in Emilia-Romagna. In Comacchio, besides strolling along the charming canals bordered with colourful houses, walking up the bridges reflecting in the water and taking pictures at every corner, I discovered one of the most fascinating ancient culinary traditions in Italy: the art of marinated eels. 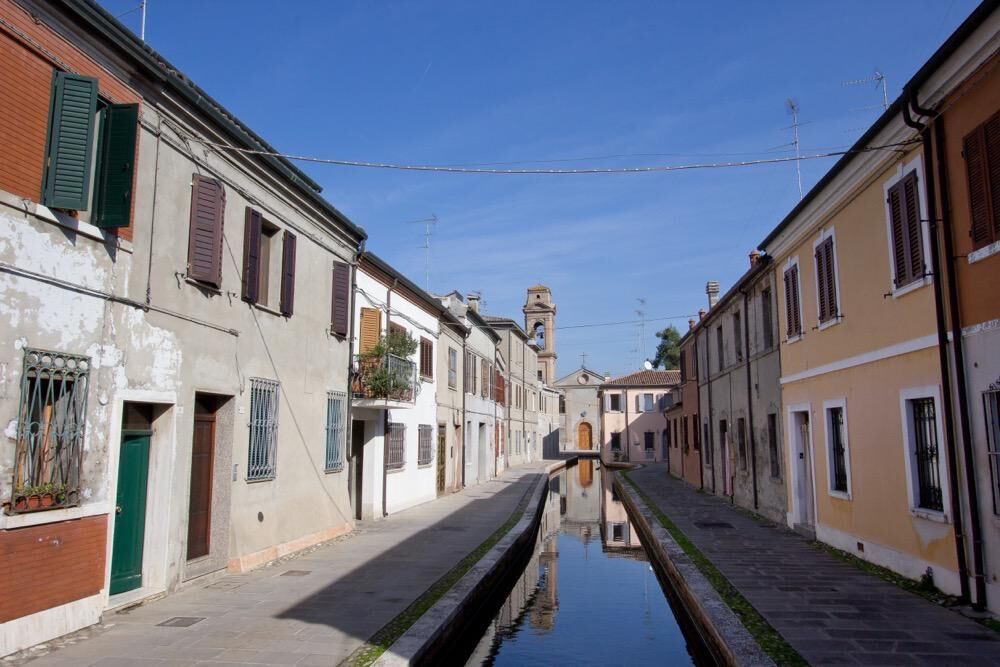 Until not a long time ago, life in Italy was highly impacted by geography, whether in the Alps with the many narrow and secluded valleys, the plains with their often noxious environment near water, or the arid areas in the extreme south of the peninsula. Comacchio, situated on the Po delta, was no exception. In what todays appears like a pretty and quaint town, life was hard for the inhabitants, having to struggle with the ubiquitous water, trying to get the most of what little flat and arable land they could find, relying on fishing for their survival. 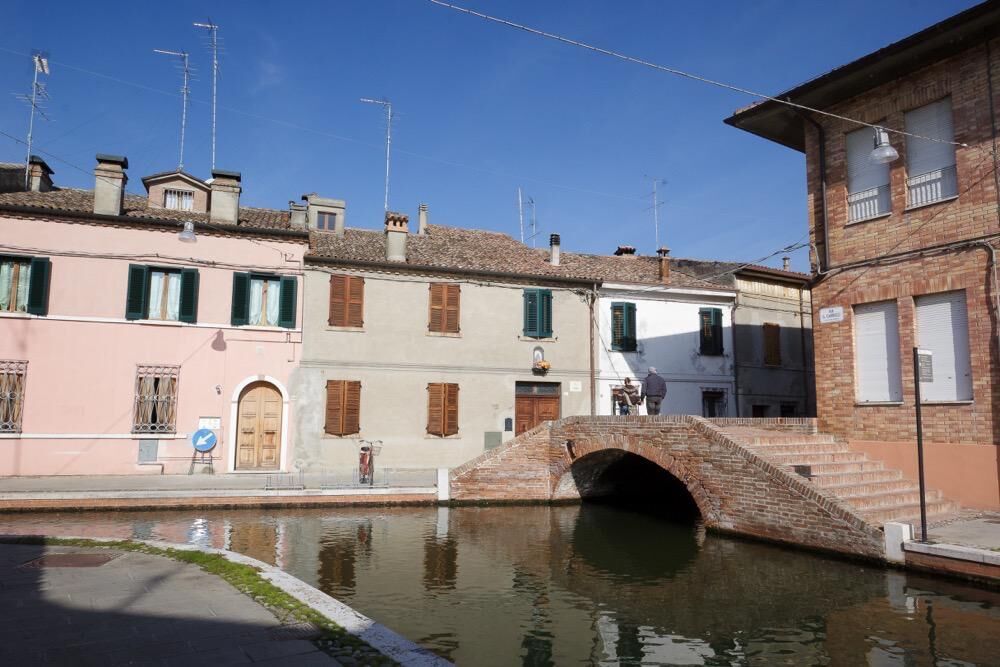 Due to its peculiar geographical position, where fresh and marine water meet, Comacchio developed a fishing tradition including a number of species, among which eels. Since the fishing season is limited to the months from October to December, only part of the eels were consumed fresh while the rest needed to be preserved in order to have food for the rest of the year. Locals in Comacchio started to marinate eels with their own technique, in order to have an important source of fat and proteins available all year long.

The tradition dates back to at least the middle ages, and the processing of marinated eels has remained almost unchanged to the present day.

First, the eels are selected by dimension and beheaded. Once they’re ready, the eels are manually put on skewers and slowly cooked in large fireplaces, where the charcoal fire is made of live oak. 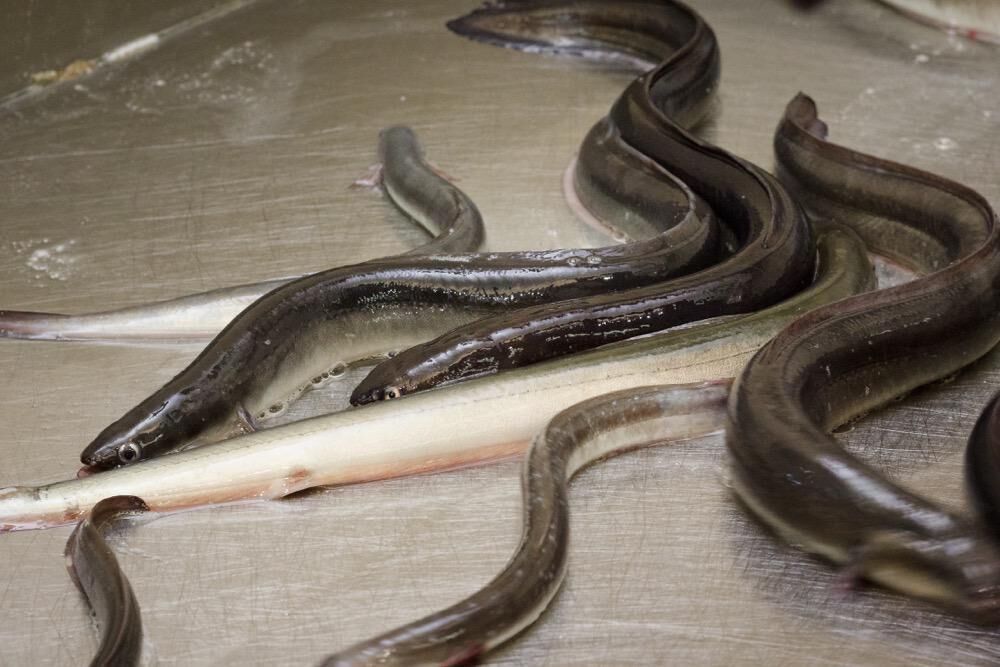 After cooking, eels are removed from the skewers and stored for cooling for one night. 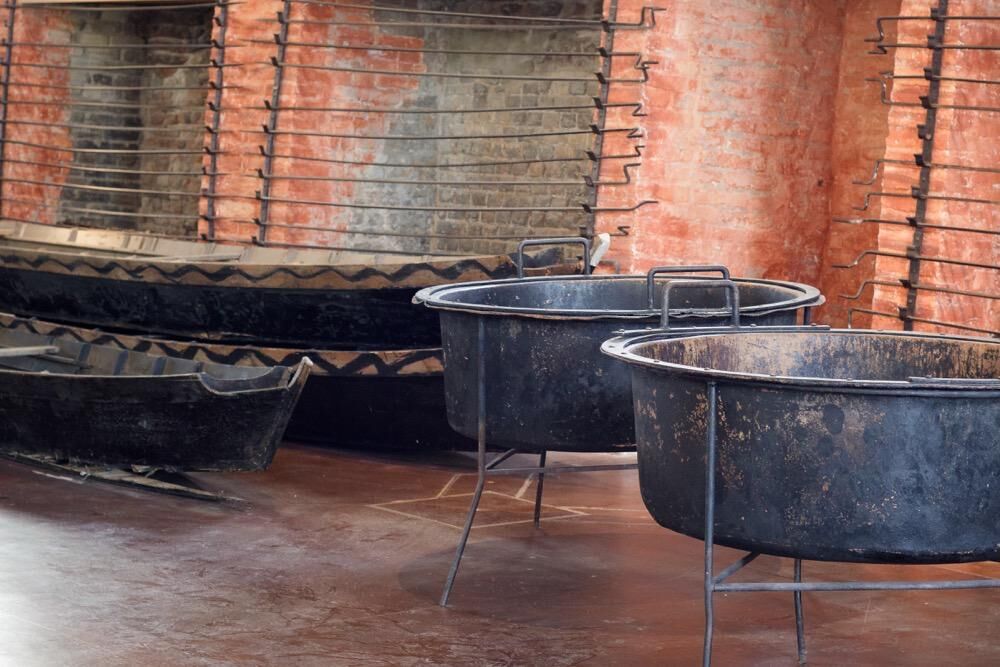 Finally, the eels are cut in pieces, put in cans and marinated with a solution of water, Cervia salt and white vinegar. A laurel leave is usually placed on the top before sealing the cans, which preserve the eels for months. 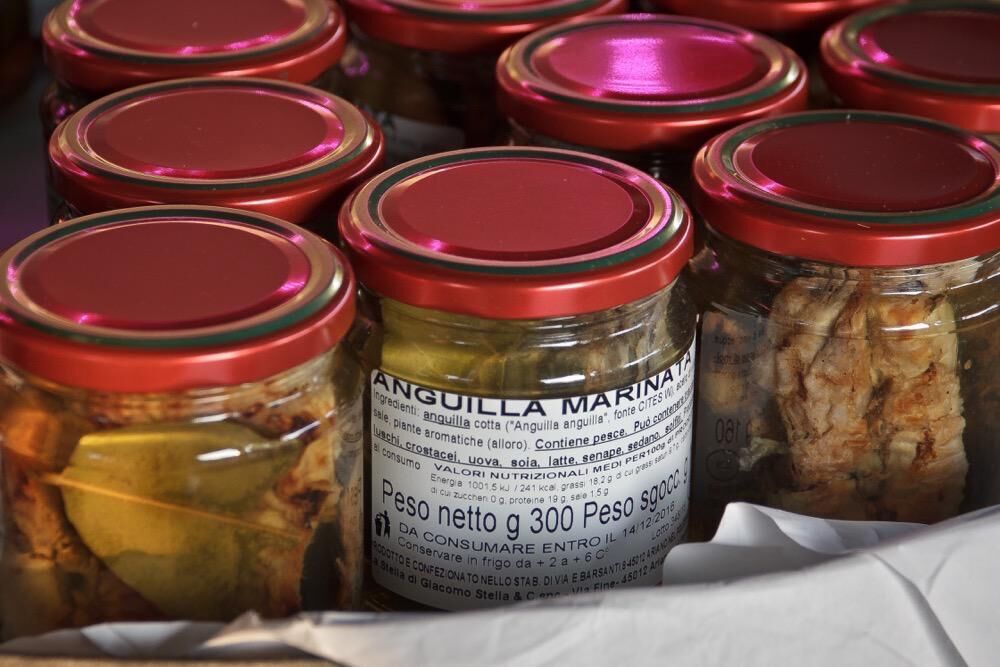 Today, marinated eels are a slow food presidium and considered a rather rare delicacy by gourmets.

Learning about a centuries old activity at the museum Manifattura dei Marinati.

Over the last 50 years, the way we eat changed a lot and eel has almost disappeared from our tables. You may not wish to taste eel (although I recommend a bit of experimentation, since it’s unexpectedly delicious) but I recommend a visit to the recently refurbished and reopened museum Manifattura dei Marinati. There, you’ll get introduced to an activity that played a very important role in the way Comacchio developed thought the centuries, making the visit a journey into history and local traditions. 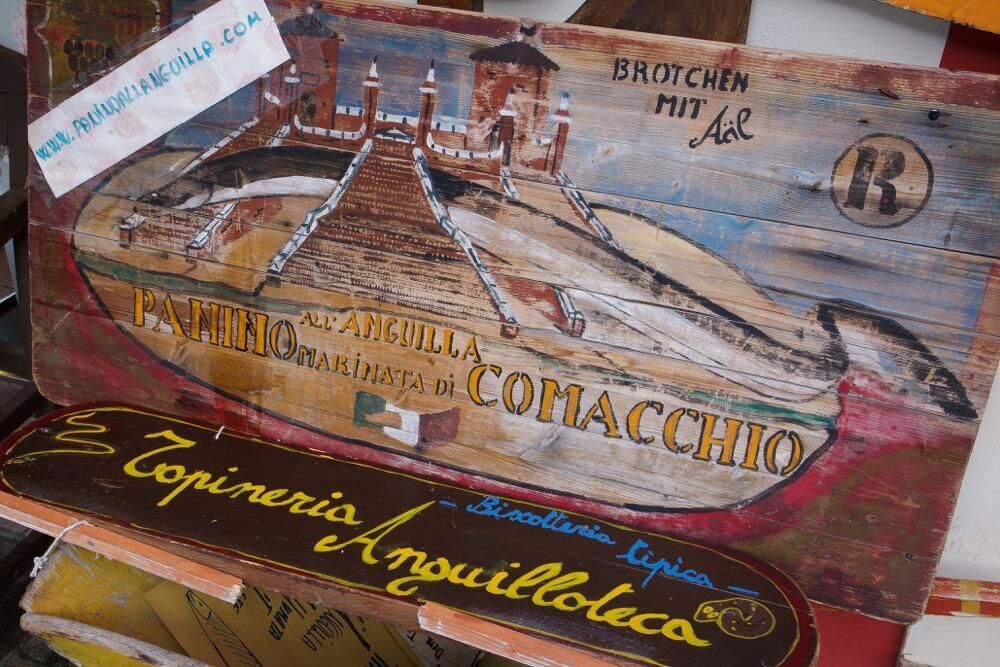 For those who like eating eel or simply want to take part to a local festival, the Sagra dell’Anguilla takes place from the last week of September to about the 10th of October ever year. I haven’t been yet, but like all local food festivals in Italy, I bet it’s an interesting and lively experience.

Travel addict and social media enthusiast, Simon Falvo is a solo traveler who loves nature, the mountains and isolated places, but she is also passionate about art, architecture and design.

One her site Wild About Travel and across social media she shares stories and photos to inspire and encourage people to travel, especially to lesser known areas.