The Wines of Emilia Romagna

Emilia Romagna, the food capital of Italy, is famous for a lot of things – Parmigiano-Reggiano, balsamic vinegar and Ferrari to name a few – but wine probably wouldn’t register on that list. It really should though since Emilia Romagna is home to one of the oldest wine grapes in the world and also the only wine originating from a grape on the Italian Peninsula.

Actually, you might be as surprised as I was to discover that Emilia Romagna is fourth among Italy’s 20 regions for wine production with 33% of their wines being DOC or DOCG recognized. Some of the wines produced in Emilia Romagna have been a staple of the Italian diet going back 2000 some years.

Lambrusco, both the name of the grape and the sparkling red wine that is made from the grape, is the most famous wine of Emilia Romagna. Its history, though, goes back centuries to when the Etruscans cultivated the vine in the Emilia part of the region. All other grapes actually originate from Mesopotamia and the Caucasus Highlands, but the Lambrusco grape was a sort of wild vine the Romans deemed unfit for winemaking.

Emilia and Romagna are actually two different areas that merge to form the Emilia Romagna region, though these two neighbors have very different histories. Emilia was settled by the Barbarians who had a diet heavy in fatty foods like butter and pork, and needed a sparkling wine as a palette cleanser. Romagna, on the other hand, was settled by the Romans who used olive oil as a staple in their diet and needed a very different wine to balance flavors. 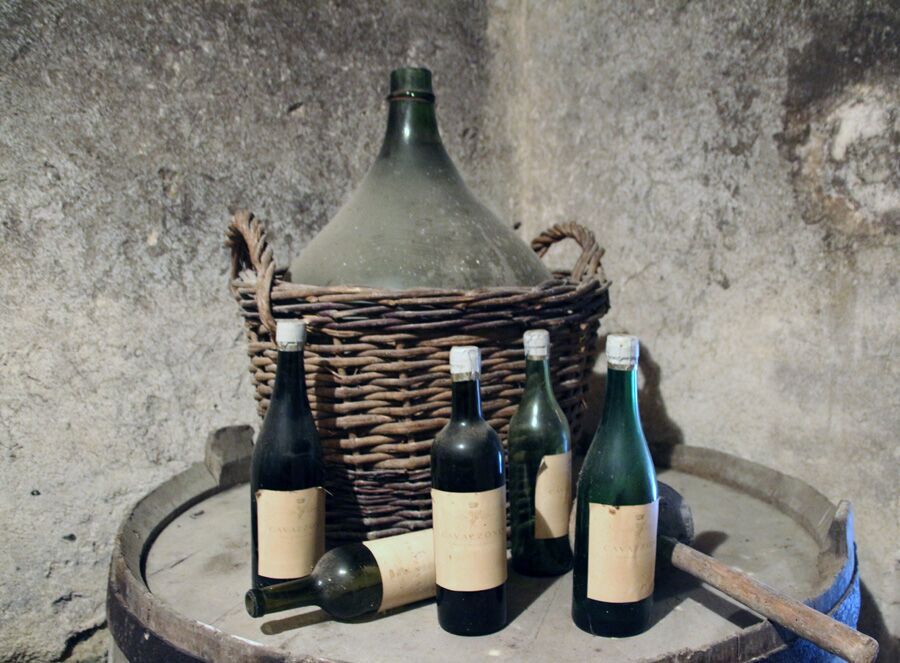 Two thousand years ago Lambrusco was known as Labrusca and was even written about by Cato the Elder. He said that just half an acre of vines could make 300 amphorae (the two handled pots that wine was stored in during the Roman period). It wasn’t until the 18th century that it officially became known as Lambrusco.

The Barbarians discovered that Emilia Romagna’s cold winters acted to stop fermentation and then the Lambrusco wine would begin a sort of second fermentation again once the spring arrived. More modern methods have evolved, but the same theory is still used in the production of Lambrusco today.

Most Americans that are familiar with Lambrusco know the sweeter version that became popular in the 1970s and 1980s when Lambrusco was the top Italian wine exported to the US. But a truly good Lambrusco is an entirely different style with the producer turning out a frothy frizzante, which means semi-sparkling.

Lambrusco is meant to be drunk young and fresh and served slight chilled. It’s perfect for pairing with the rich cream sauces and fatty meats and the bubbles aid in digestion.

Of course, if a sparkling red wine isn’t your cup of tea Emilia Romagna offers other red and white wines. Traveling along the Via Emilia, the old Roman road that cuts through the region diagonally, we can find wines more suitable to the Romans tastes.

Albana is a good choice for a white wine from Emilia Romagna and it also was the first white wine in Italy to obtain the DOCG recognition in 1987. It comes from Romagna, the south-eastern part of the region.

Also from Romagna, Sangiovese is the red wine of the area. The full bodied, tannic red wine is perfect for pairing with the roast and grilled meats typical in Romagna. If you like Chianti, you’ll like Sangiovese. Chianti is a blend with Sangiovese grapes and uses some of the same techniques used to make Sangiovese di Romagna.  Heading to the opposite end of the region, Piacenza is in the north-west produces the Malvasia di Candia which is the most famous white wine of the area. It pairs well with the pasta like tortellini in broth and fish dishes. 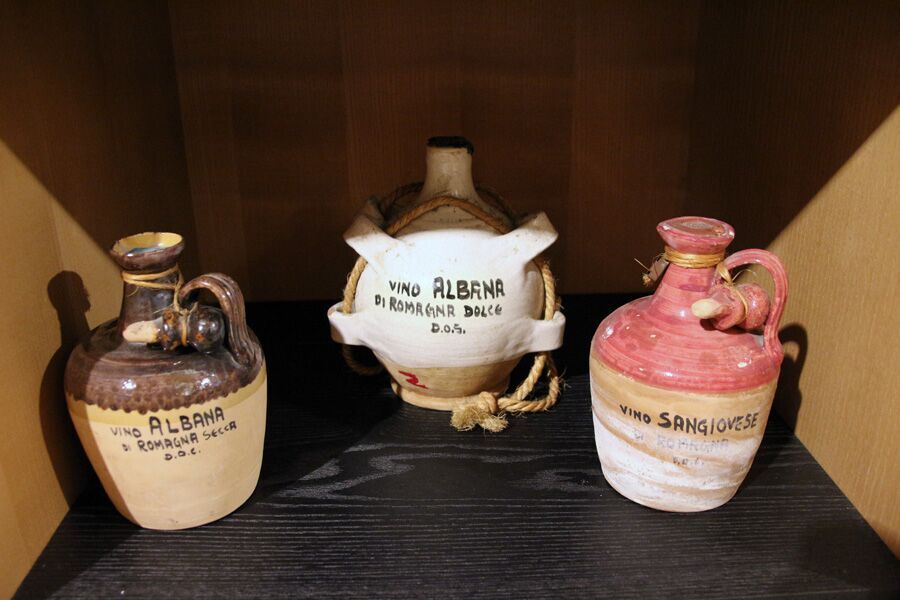 Though Emilia Romagna is not one of Italy’s premier wine regions, it does produce a variety of quality wines worth exploring during your visit to this premier food region.